Shelimbăr commune is a commune with a rich historical past, and due to its position, near the city of Sibiu, it has often played an important role in events in Transylvania's history. The most important historical event is surely the Battle of Shelimbăr.
Shelimbăr commune is documented since the ancient period of Neolithic vestiges that were discovered in Cristian. Even if systematic research has not been organized in the commune's territory, the objects discovered in the neighborhood and in the vicinity allow the reconstruction of human history in these areas.

Due to the fact that in the territory of Selimbar some excavations and researches have been carried out, it is attested that this commune dates back to the 13th century. A warehouse of agricultural and blacksmithing tools dating from the aforementioned century was discovered here.

Going back now, we can say that Selimbar is a commune that has flourished a lot in recent years. From here comes the title of the richest commune in Sibiu County. 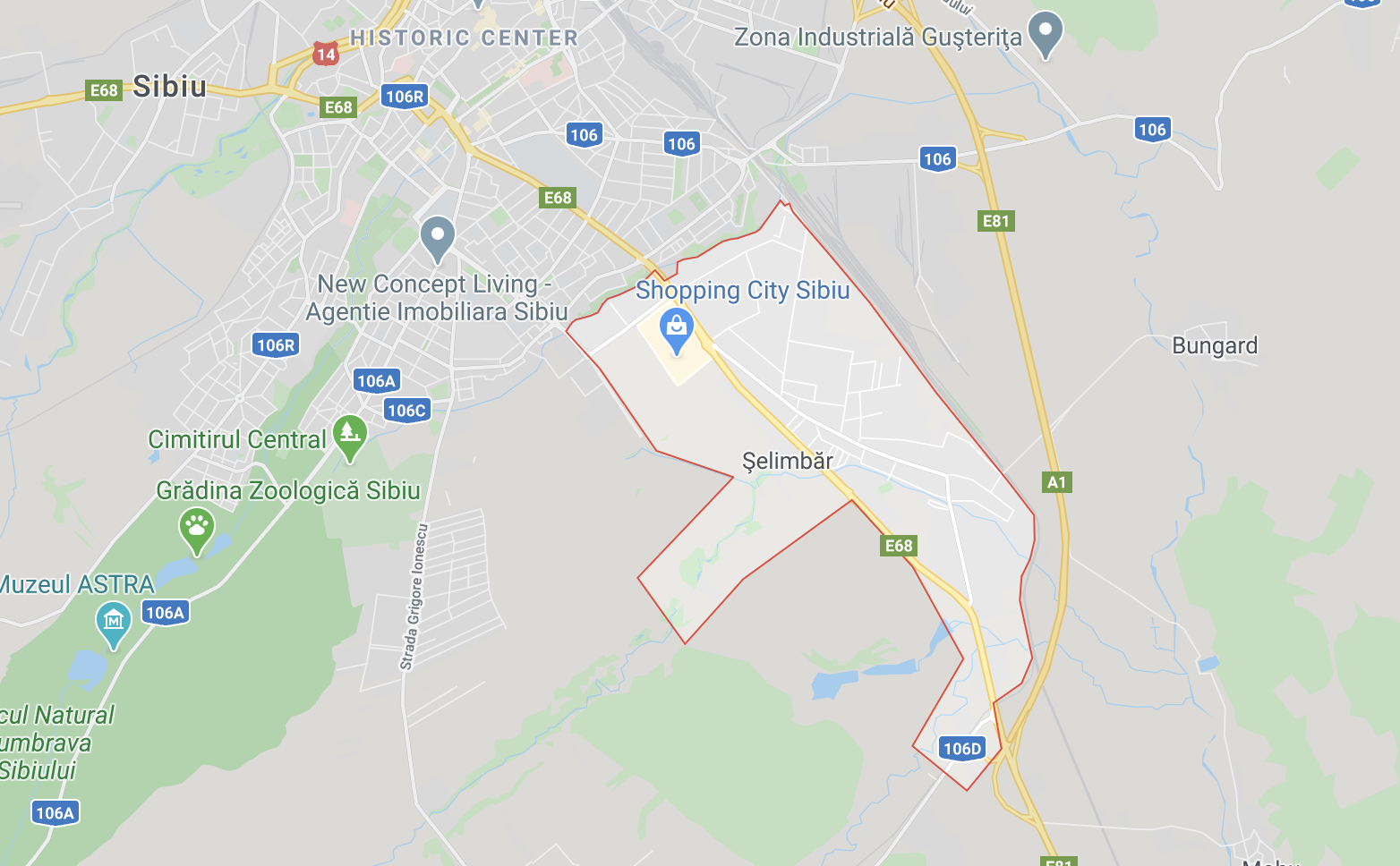 Perimeter
The total area on which the entire Selimbar commune stretches is 7232.95 hectares, and the Selimbar village, which is also the residence of the commune, covers 648.54 hectares.

Boundary
Șelimbăr locality is located in the south-eastern part on the course of the Sevis River, at a distance of 5 km from the residence city (Sibiu), being located in the center of the county, on Natioanal Road 1.


Population
According to the census conducted in 2011, the population of Șelimbăr commune was 7,028 inhabitants at that time. According to the statement of the mayor of this locality, the number of inhabitants has increased considerably by a percentage of about 47%. ”10,260 inhabitants were at December 31, 2016 (in statistics). The population continues to grow at an accelerated rate, so I would say that by 2022 we will reach about 18,000 inhabitants ”, estimates Marius Grec.

Zone
It can be said that Selimbar can be divided into several areas: the promenade area where the mall is located and other commercial areas, the area of ​​houses where the old Saxon houses are found, and new areas of blocks, villas and houses.

Types of constructions
If until recently this commune was populated exclusively by houses, in the last years many houses have been built for sale, both apartments and houses. Among the projects built in Selimbar, which were very successful are the Residential Assembly EBS and the Residential Assembly Imperial Group. These were sold almost entirely. Another project located in Selimbar where apartments are for sale at the moment, is the Konsta Splendid Residential Assembly, a project meant to meet the current demands of the buyers.
Thus, due to this beautiful development, Selimbar becomes one of the most appreciated and sought after real estate areas in Sibiu. 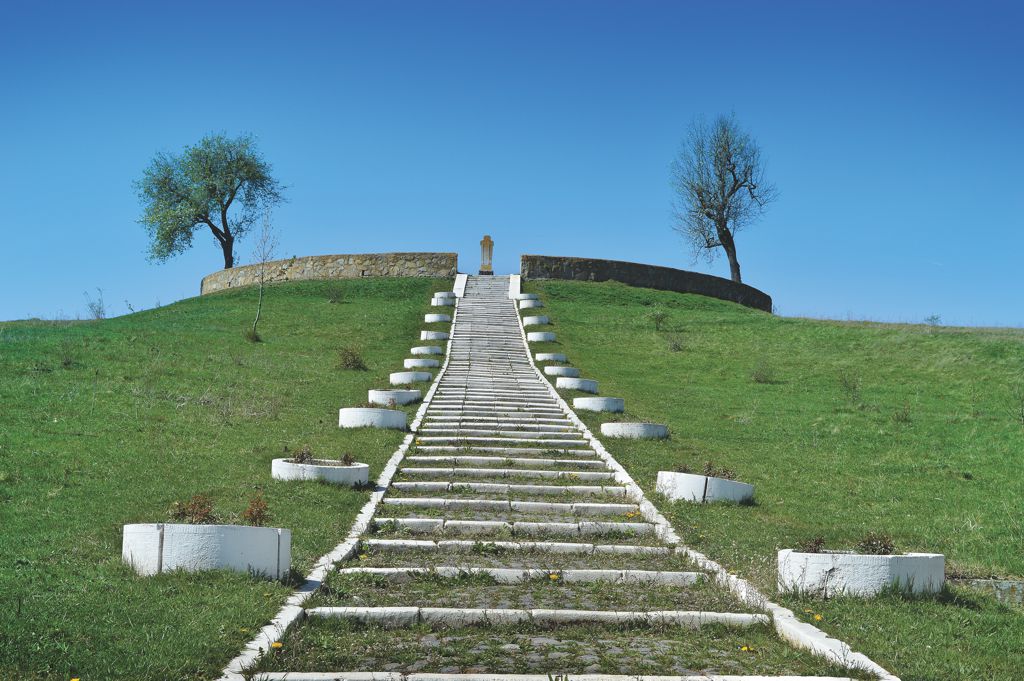 Sights and institutions of interest
Although Selimbar is just a commune, there are several tourist attractions. One of them is the Orthodox Church "The Assumption of the Virgin Mary". Another objective is the Evangelical Church built in the eighteenth century as the Romanesque basilica with a trine vault, without a tower, with a rectangular choir and a semicircular apse. On the triumphal arch of the church there is a chronicle of the works of restoration and maintenance of the church, from the seventeenth century to the present day.
The monument of Heroes was located in 1932 at the entrance to Selimbar "in memory of the soldiers of Mihai Viteazul fallen on this place in 1599 and of the Roman soldiers who fell on the country during the war that took place between 1916-1919."

Besides these tourist objectives, in Selimbar there are also institutions of interest such as: schools and kindergartens, pharmacies and medical offices, restaurants, gas stations, commercial areas.
One of the largest shopping areas in Sibiu is Shopping City, the only mall in Sibiu until recently. Within this mall there are shops of all categories, pharmacies, beauty salons, banking units, playgrounds, restaurants, etc.

Distance to center
Even though Selimbar is a locality close to the city of Sibiu, it can be considered as its neighborhood. The distance to the city center is not large, but it measures about 4 km. This distance can be traveled by car in about 8-10 minutes, and on foot it can be reached in about 30-45 minutes. 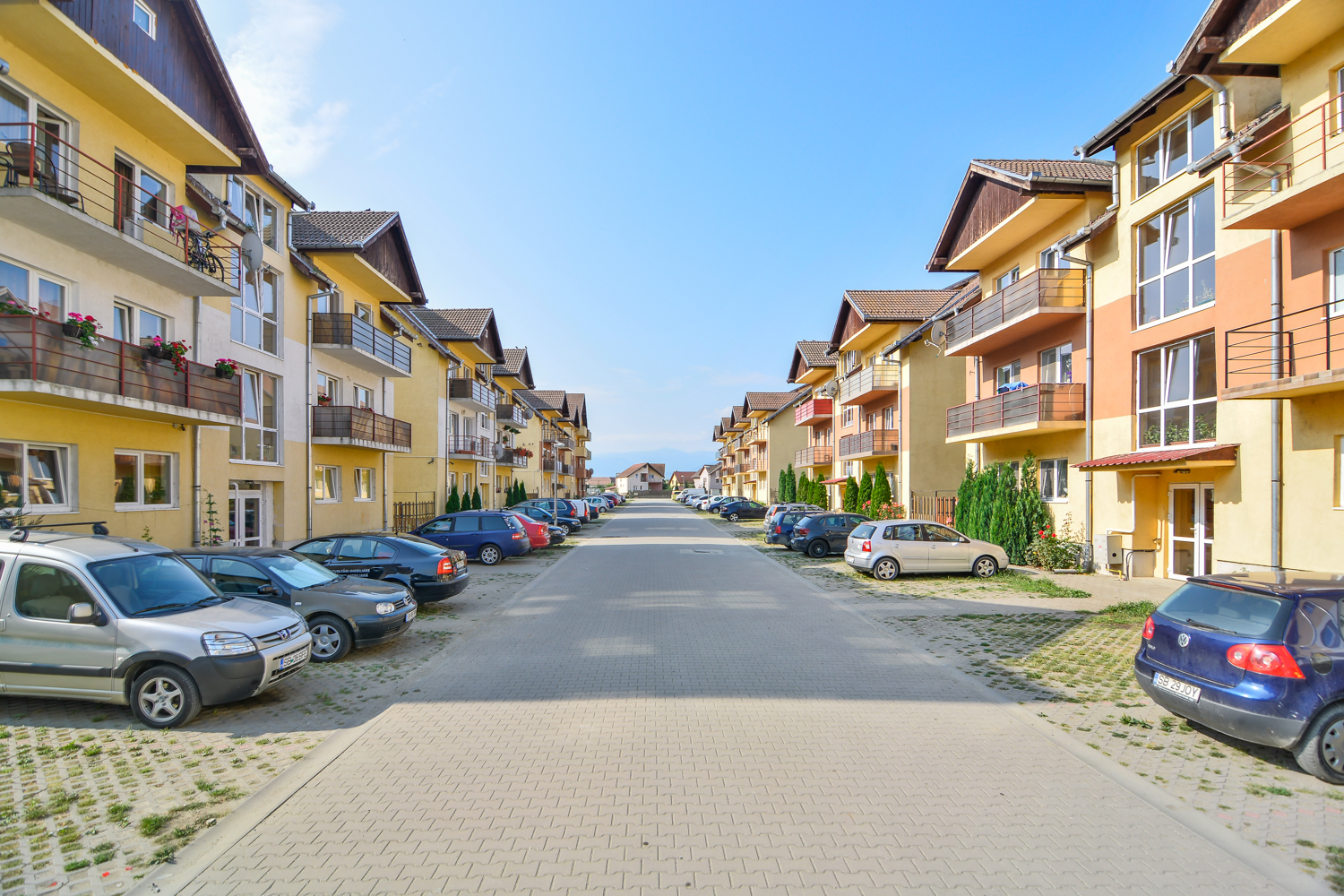 Infrastructure and transport lines
One of the main elements for which many choose to buy a home in Selimbar is the easy access to Sibiu. There are three main routes that make the connection with Sibiu. The main access road is Mihai Viteazu street, but it can be easily reached either on Octavian Goga street or on Stefan cel Mare ramp (the latter being with easy access to the city belt, but also to the highway).
Although in Selimbar the numerous residential complexes were built, they raised the need for new access roads.
At this moment, the streets of Selimbar are paved or paved and illuminated in a proportion of 80%. Local authorities mentioned that much of the budget will be allocated to infrastructure development.

Even if the buses do not reach all the areas on which Selimbar stretches, there are transport lines that reach the entrance to the town.
Line 11- Route: Calea Cisnadiei - SC Continental
Line 15 - Route: Valea Aurie - Gara

Even in the area of ​​green areas and parks, Selimbar is not bad. Here there are green spaces and parks, and most of the inhabitants have a beautiful view towards the Fagars mountains.
So the houses and apartments for sale in Selimbar are a very good option for those who are looking for their long-lived apartment.

View the complete offer of apartments for sale in Sibiu located in Selimbar here.