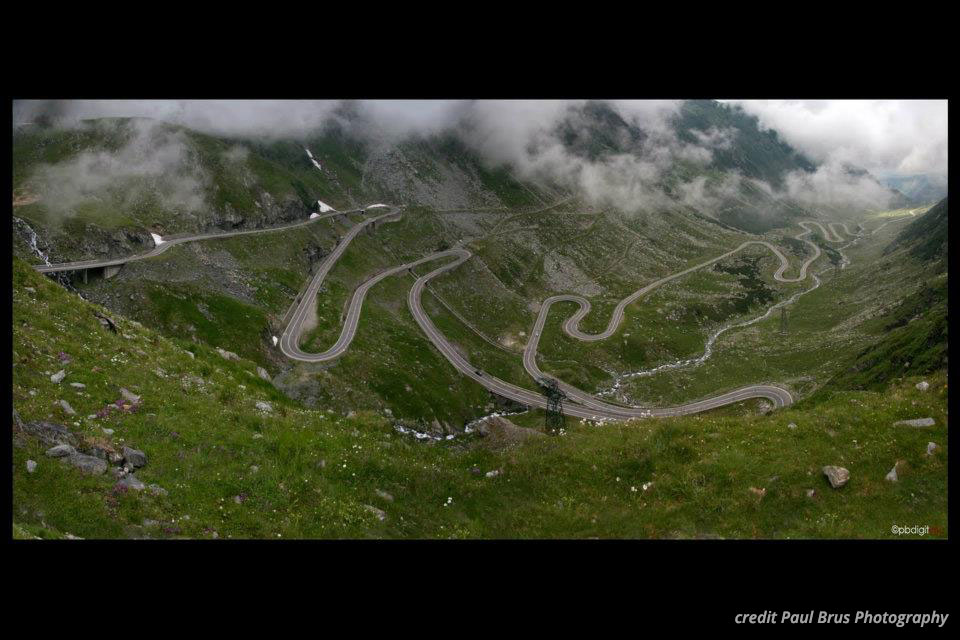 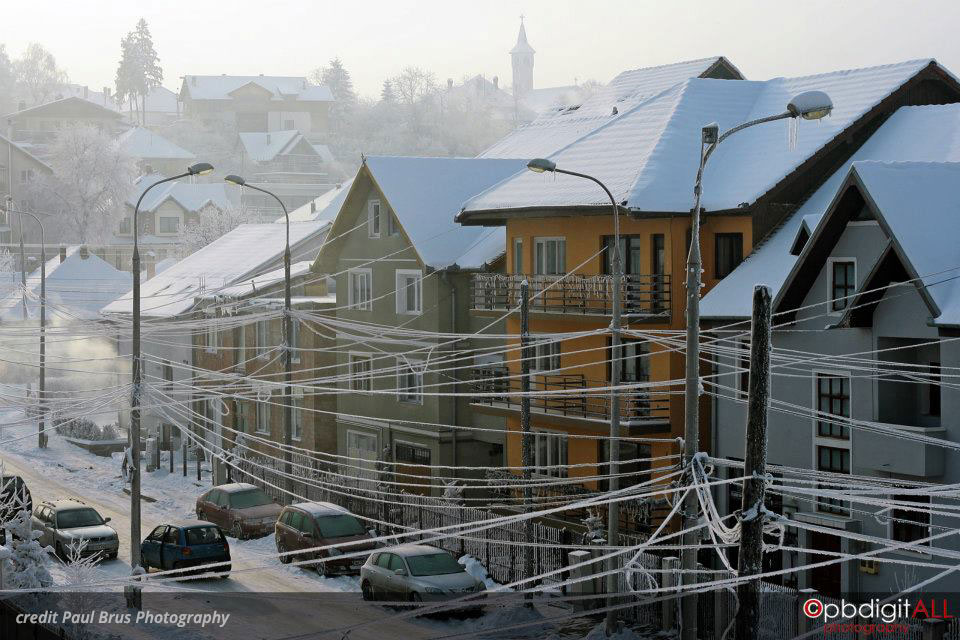 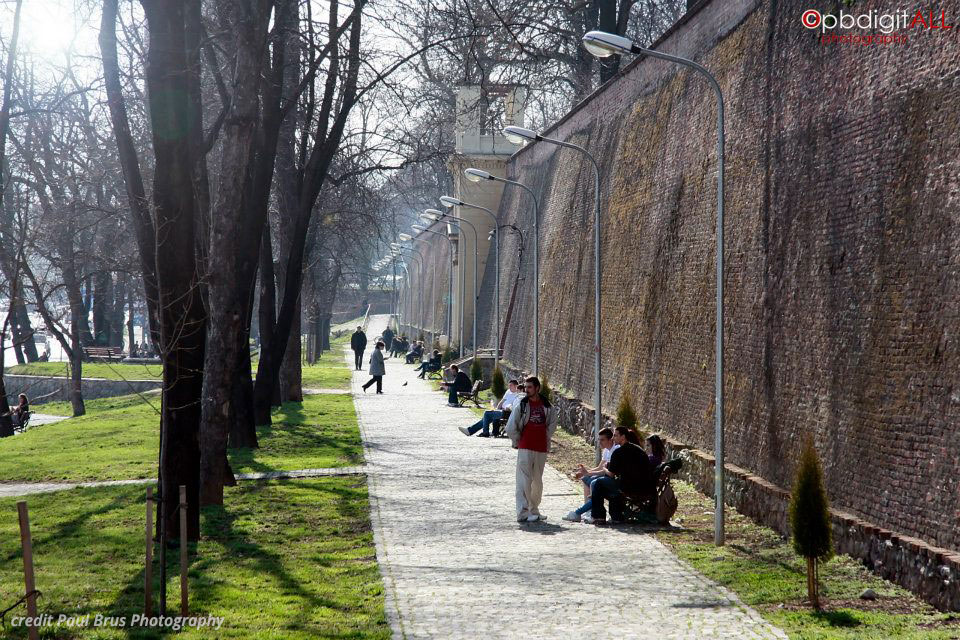 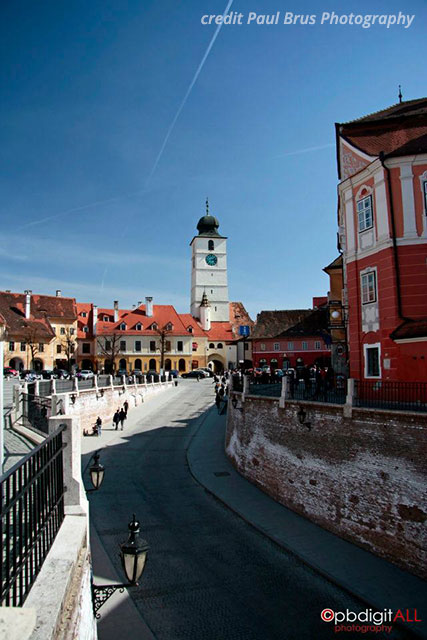 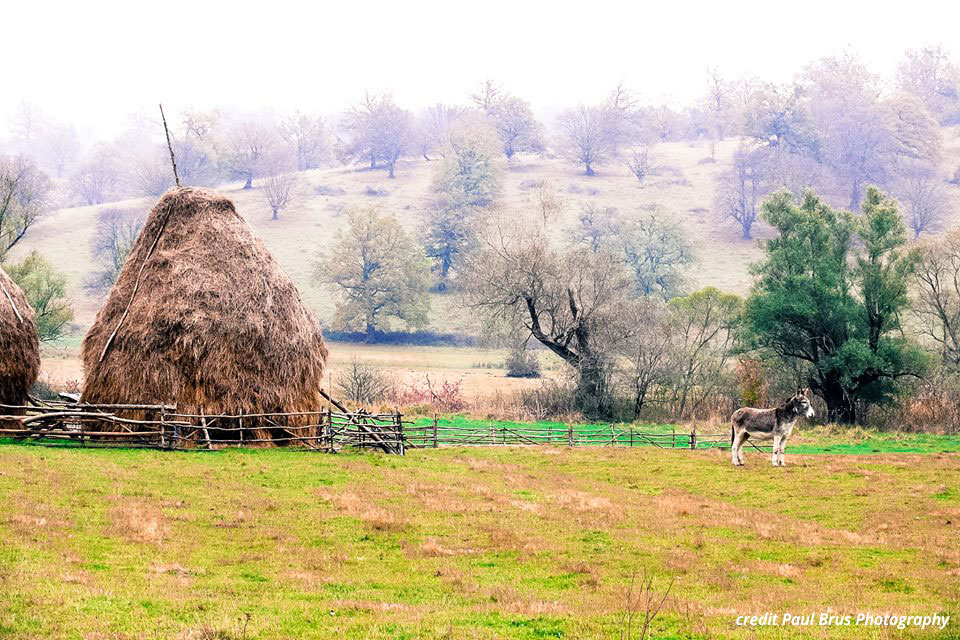 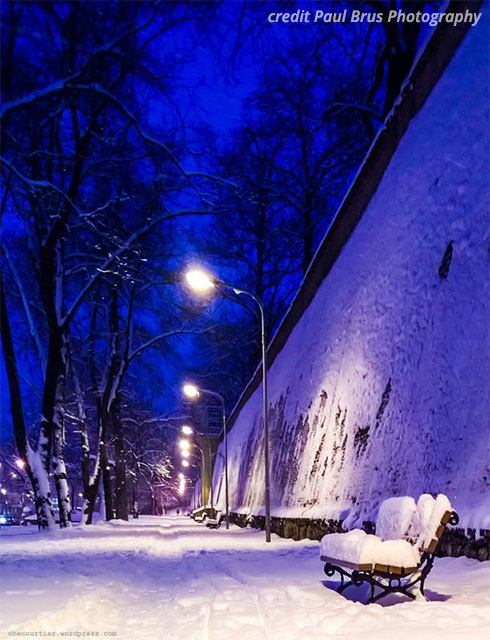 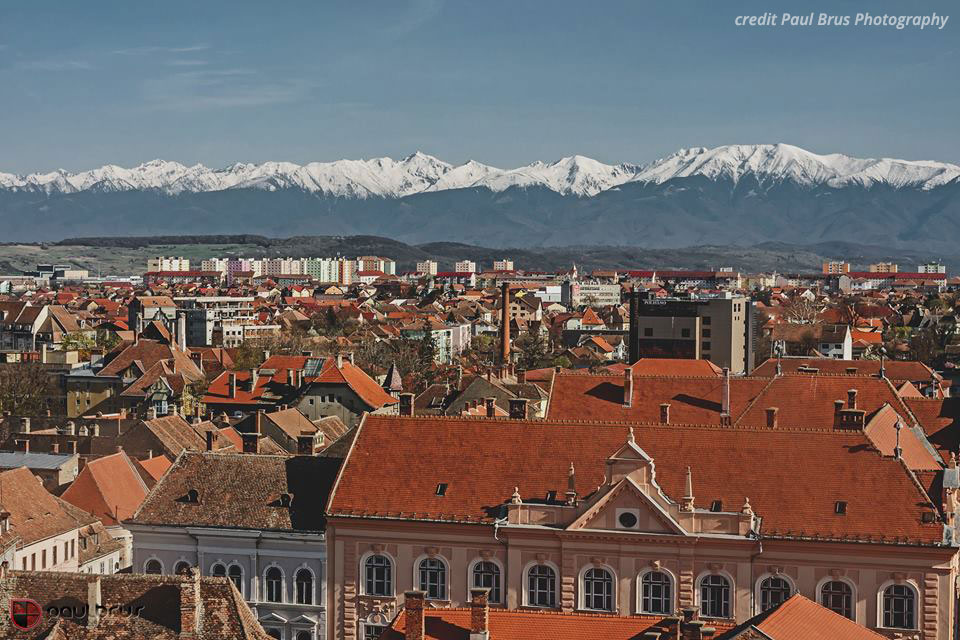 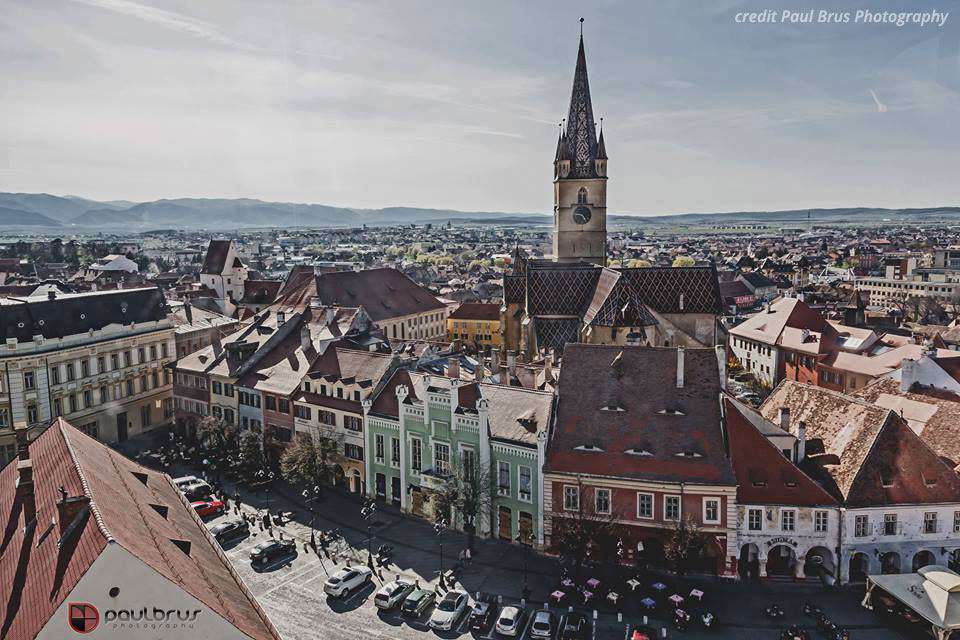 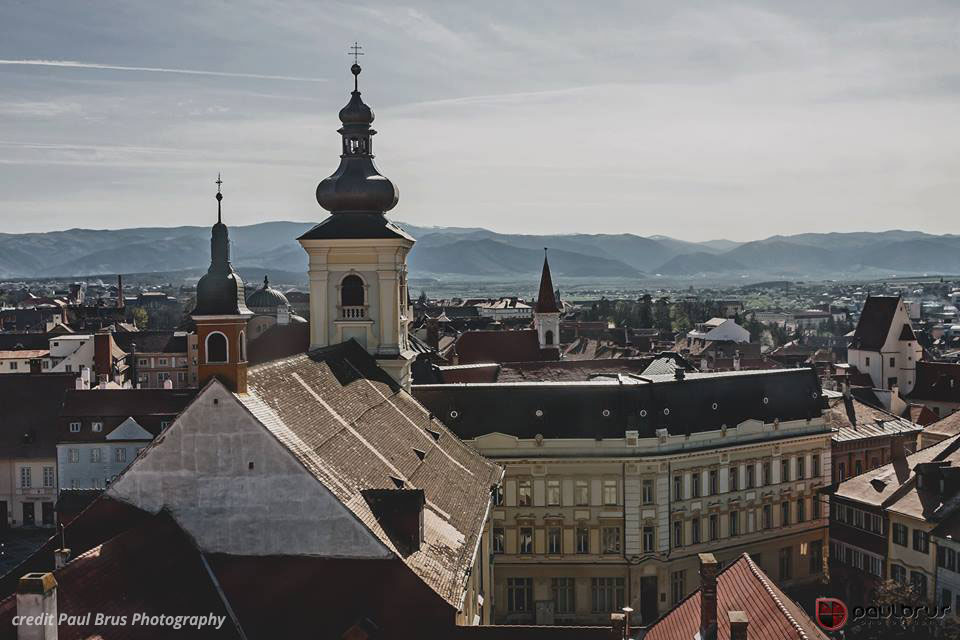 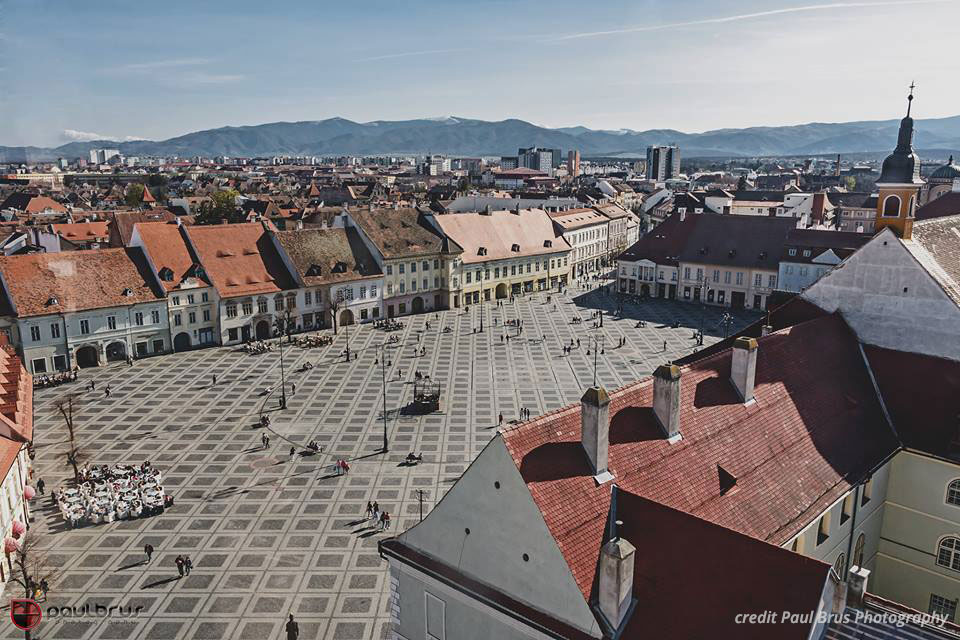 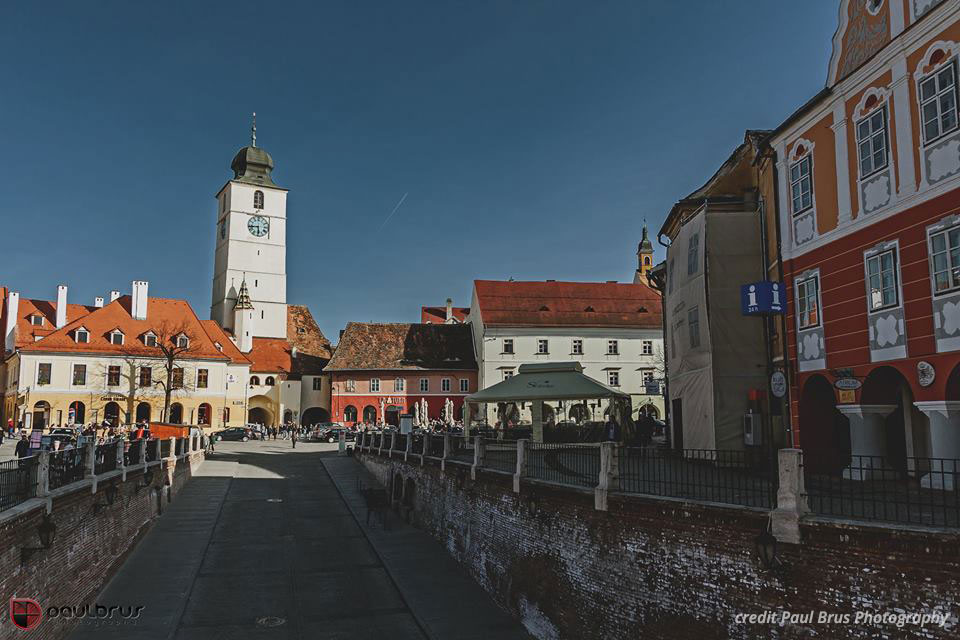 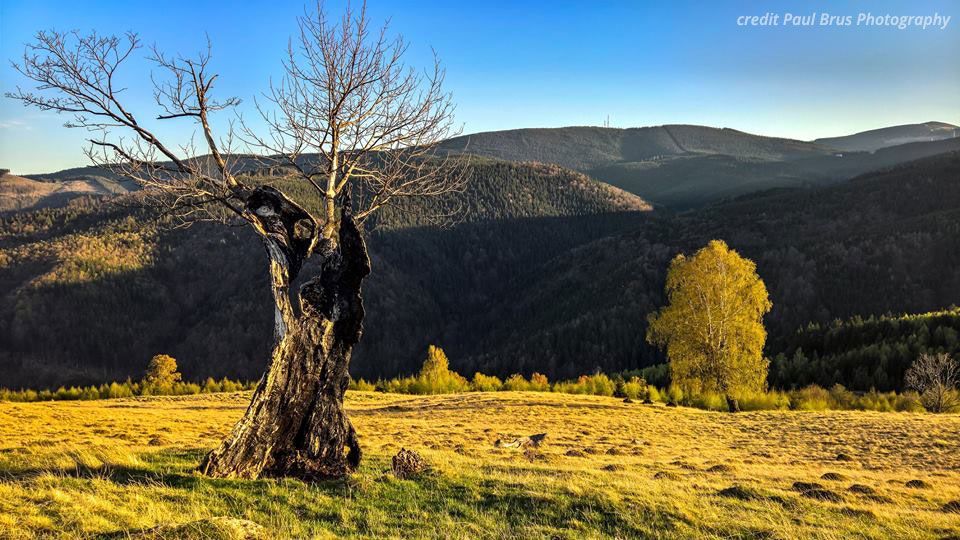 „Nothing is far when one wants to get there.”
Queen Mary of Romania

It is the perfect time to take your luggage, get some courage and change your life completely by moving in a different country. It was never easier than now! Why not Romania? Why not living in a country with strong historical background, great traditions, tasty food and beautiful women?
Why not living in a country where most of the populations speaks foreign languages? Why not moving in a place where the city traffic is still decent and the nature scenes are delightful and mostly untouched by men?
Sibiu is waiting for you!

Why is Sibiu an attractive city to live in?

•  Sibiu is a nice city in Transylvania, founded in the second half of the 12th century by German settlers who came from the Rhine- Moselle area. In the 17th century, during the Hapsburg domination, it was the capital of Transylvania for more than 100 years. Due to the historical aspects, the influence was so strong that you will still find the German spirit in the street's architecture, gastronomy or even in the spoken language. So pay attention to what you speak on the streets of Sibiu, there are hight chances somebody will understand you. Most citizens speak both German and English.
•  We take pride in our German origins that influenced the inhabitants of Sibiu and also determined a more ethical and moral behavior for the citizens. Sibiu is a civilized city and the people are nice, smiling Romanians always willing to give you a hand when needed.

•  Sibiu International Airport ensures a good connection between Sibiu and other European cities. Moreover, there are constant direct routes to Germany, Great Britain, Spain, Italy or France. The airport is close to Sibiu so it is easy and fast to get in the city.

•  In 2007, together with Luxembourg, Sibiu was the European Capital of Culture. It was the first city in Eastern Europe to earn such a great distinction. At that time, the city hosted plenty of interesting events and it was visited by millions of tourists from all over the world. It was just a leading point for a big flow of tourists visiting us year by year.

•  The International Festival of Theater hosted in Sibiu is one of the biggest theater festivals in the world and every year it gathers artists from all over the world. In Sibiu, the summer gets started with a flash of art because of this festival.

•   During the past decade, the job market in Sibiu developed considerably when plenty of multinational companies and investors decided to move their business to Sibiu as well. The unemployment rate is close to 0 and the standard of living in Sibiu grew a lot.

•   The Binder Lake is going to be a unique attraction in the city. The mayor declared that the area will change completely after implementing the nice projects of water-skiing, kayaking wharf, floating scene amphitheater and so on. It will be a perfect spot to enjoy long walks around the lake, to listen to concerts on the floating scene or to practice any sport you like.

•    Kindergardens, schools, colleges, universities for all tastes and budgets. Sibiu has a big variety of educations institutes, both public or private. Above all, we are pleased to mention the private German school Charlotte Dietrich. Moreover, the best German college in Romania is placed in the old town of Sibiu, right next to the Big Square. Samuel von Bruckenthal highschool offers the possibility of studying all the subjects in the German language. For the ones who prefer the Nordic educational system, there is the Finish School in Sibiu, offering a different perspective on the educational system.

•    In Romania, the internet speed is one of the best in the world. 11,6 Mbps would be the average speed.
How is the real estate market developing in Sibiu?
After a long period of economic recession, the real estate market exploded around 2008 -2009. A lot of romanians and foreign real estate investors chose Sibiu to develop their real estate projects and the general image of the city changed a lot. The building sites are flourishing both in and out the city and the periphery areas are expanding more and more. Numerous residential complexes with one or more blocks are the now inhabited by hundreds of young families.

What kind of properties will you find on Sibiu real estate market?
The real estate market in Sibiu offers a variety of properties to invest or to live in, placed in different parts of the city. There are plenty of properties to choose from. Yet, it is essential to know the reason for the acquisition in order to make the right choice.
Moreover, the buyers should know that they have the possibility to buy the property without final finishing touches so that you can decorate it however you want. Nevertheless, for an extra payment the investors give you the opportunity to get it in a turnkey condition.

Apartments
Most of the apartments for sale in Sibiu are placed in new residential complexes. They offer the most diversity in terms of size, number of rooms, price, location. The buyers can choose properties between 30 and 120 square meters with different architectural features, placed in various areas, with different partitioning of the rooms.
See all the offers HERE.

Houses
In Sibiu, a striking number of houses are offered on the real estate market. The majority of the objects is new and has high-quality equipment. They are characterized by special locations: some of them are placed downtown Sibiu, on the narrow streets that carry the historical charm of the old times. Others are to be found in quiet areas, with scenic views above Făgăraș Mountains or the rooftops of the city.

It is the case of Bavaria Residential Area, a project developed by a German investor. RSB Inmo Investment from Munich chose Sibiu for developing an exclusive house neighborhood. The place is quite, it is surrounded by green hills and nice woodlands.
See all the offers in Bavaria HERE.

The prices of the properties listed on the real estate market in Sibiu are different, based on the location and finishing touches.

Overall, Romanian property prices are well below the European Average. The economic central- northern part is more expensive than the south. In domestic comparison whatever, there are strong differences.. For example, for 72,000 euros, buyers in Sibiu can purchase an average of 72 square meters and a big terrace with a lake view in the newly developed area. However, there are strong price fluctuations depending on the situations. For a semi detaches apartment near the city, one would pay around 26,000 euros for a nice studio apartment of 30 square meters.

When about houses, the prices are higher, especially when talking about large and nice yards and exclusive areas. The high-quality finishing, the furniture details, the interior design, the number of terraces and balconies are all a big mix defining the price worth for a four rooms house in Sibiu.

By contrast, a two rooms apartment downtown Sibiu is worth as much as an exclusive villa near the city. The old buildings with high ceilings and large windows, along with a vintage touch and historic value are of big interest in foreign investment in Sibiu. Due to the high number of tourists, this type of apartments is ideal for vacation rentals.
For selling a property, a foreign citizen will have to pay the same fees as a Romanian citizen: the notary fees are between 500 euros and 3000 euros. In exceptional cases, when talking about a special property or a bigger house, they can be more than 3000 euros.

How much does it cost to live in Romania?
According to a recent statistic, a four-member family average living costs are around 1500 euros. The cost of living in Sibiu is 11.08% lower than living in Bucharest, the capital.

•     The rent price for a three-room apartment in the city center would be about 450 euros/ month, depending on facilities.

Legal aspects of real estate transactions in Romania
There are some must-have documents that allow a foreign buyer to get or to sell a new property in Romania. Starting with 2012, the foreign citizens for US/ EU can obtain a land or a property in Romania for a secondary residence. Therefore, there is no difference between a foreign and a Romanian citizen, when talking about real estate acquisitions.